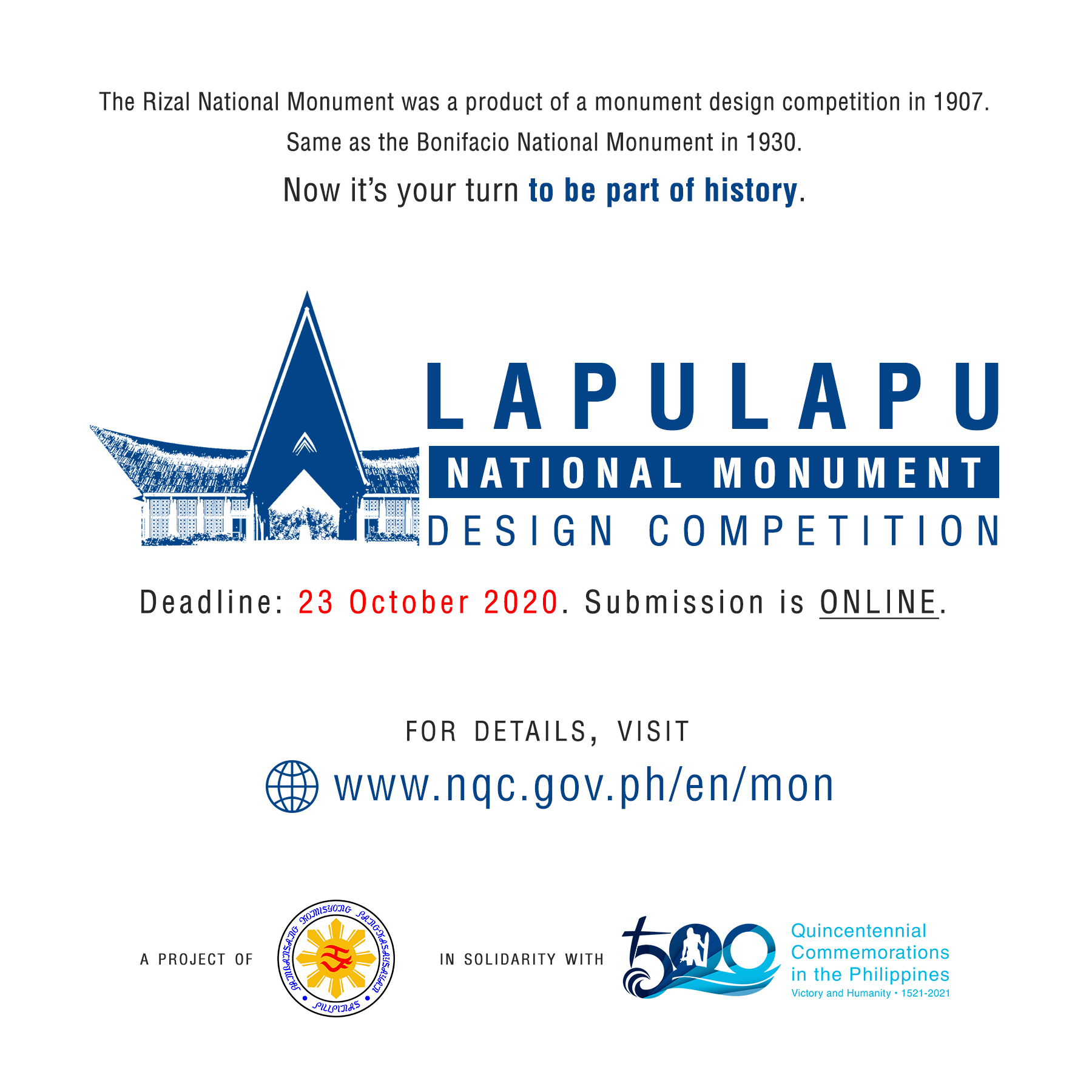 In celebration of the 500th anniversary of the Victory at Mactan in 2021, the National Historical Commission of the Philippines launches the Lapu-lapu National Monument Design Competition. The winning design will be the basis of the proposed Lapu-lapu National Monument. It is planned to be enshrined in the proposed Lapu-lapu Memorial Shrine and Museum at the Liberty Shrine, Barangay Mactan, Lapu-Lapu City. One must take note that this proposed monument will not replace the existing Lapulapu Monument at the existing Liberty Shrine.